Is Coffee the Real Driver of the Economy?

Australia is known for many things. To some, it is a land of rural vistas and ecological landmarks surrounded by iconic, dry bushland. To others, it is known for its sprawling multicultural cities filled to the brim with the best our world has to offer in regards to cuisine, art and culture. However, as someone who lives in one of Australia’s thriving metropolitan areas, few things are more entwined with the Australian way of life than coffee. By 2016, there were over 20,000 cafes in Australia, a number that has continued to rise. Couple this with the continuing rise in office coffee machine use and you may begin to wonder:

Are we living in a coffee economy?

At first, this may seem like a strange question. After all, we aren’t known as one of the primary producers of coffee; we don’t even register in the top 50 countries for coffee exports. However, not everything is that cut and dry, and when you take a step back, you may find that coffee has a far larger hand in our business culture than you might initially think.

At Corporate Coffee Solutions, we are dedicated to providing Australian businesses with the best in high-quality, reliable coffee and coffee machine hires. So, let’s take a look at coffee culture and how it impacts the Australian economy.

Sometimes, the most obvious points are obvious for a reason, and the idea that there is a relationship between coffee and productivity definitely falls into that category. According to one study in America, 43% of those polled claimed to use coffee as a means of being productive at work, which compared to the 5% that claimed to drink it for its flavour, is certainly saying a lot. Caffeine has become a staple stimulant of the modern business landscape, to the point where cafes and business structures have started to evolve hand-in-hand since the 2010s.

Another study conducted in 2016 by researchers in Norway and the UK observed the growing relationship between cafe changes and the shift towards laptop working. The remote working revolution has pushed more workers out from offices and into local cafes, and therefore, cafes have begun to respond in kind. From more plug sockets and chargers to the addition of privacy areas and free high-speed WiFi, there has been an abundance of small shifts aimed at solidifying the cafe as the go-to workspace for laptop-loving employees and entrepreneurs alike.

In other words, the relationship between coffee and productivity, coupled with the changing business landscape shifting towards remote working, led more people to work in cafes. This, in turn, led to cafes changing their services to accommodate those workers, which inevitably led to more workers utilising cafe spaces. None of this would have been possible without that preexisting relationship between coffee and the business world, making for an overlap that is as interesting as it is mutually beneficial for workers and cafes alike.

Getting Through Hard Times

With the recent lockdowns making it impossible for many nonessential businesses to bring in customers, and even many essential businesses losing their much-needed foot traffic for the better part of a year, the Australian economy has taken quite a substantial hit. However, with Australians on average consuming up to 2kg of coffee per year, those morning brews alone were enough to help many businesses in the restaurant industry stay on their feet, creating an estimated $5 billion dollars in 2020 at a time when distributors, cafes and the hospitality industry at large needed it most.

Whilst there is certainly a lot more that needs to be done before the hospitality industry can return to where it once was, this is a testament to the large place coffee has in the hearts and minds of the Australian population.

As we discussed in a previous article dedicated to Australia’s history of coffee consumption, coffee has been with us in one form or another since the First Fleet. It has also been an important signifier of Australia’s place as a bastion of diversity and culture, with people from across the globe settling in the country’s major cities and bringing with them an array of different coffee brewing variations through the opening of cafes.

With the diversity and variety that has come to define Australian cafe culture, it’s not difficult to see the continued connection to those early days of immigration and settlement. Coffee is an inherently global creation, with beans and blends being imported from all over the world, and the way that we brew and transform those beans into brilliant works of culinary art has, in turn, solidified our nation as one that respects that art on the global stage.

The question coffee being the true driver of the economy is up for debate. However, what is not up for debate is the impact that coffee has had on us. Whether it be helping small businesses push through difficult times or helping university students push through tight deadlines, coffee has been an essential part of the Australian experience for generations.

Have you found yourself interested in the world of Australian coffee? Follow along with the Corporate Coffee Solutions blog for more information, news and insights into all things caffeine, coffee culture, and more! 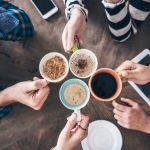 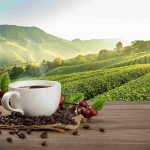 How do high altitudes affect the taste of coffee?Blog